There are some tattoos which meaning may lead to several conclusions, there are others that meaning is simple and doesn’t cause so much controversy. Those who choose (and have courage) to do tattoos sometimes choose some that best identify or some that have a special meaning. 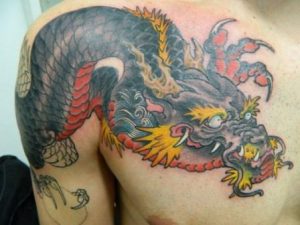 It is connected to the Emperor Chinese figure, the dragon, which is the 5th creature in the Chinese horoscope is related to fertility and the masculine energy. For the oriental culture, it is the energy of the fire, which is destructive, but allows the transformation.

In Western culture, this representation undergoes some changes. For mythology of countries like China, the dragon has the power to control the water of the seas and rain, exerting influence on agriculture. In tattoos, drawing Chinese dragon is primarily related to the courage, nobility, duty and honor. 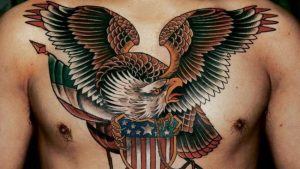 The first references to the use of the eagle as a cultural symbol dating from the Mesopotamian civilizations and Ancient Egypt. The eagle is a bird with skills to fly silently and nimbly, representing freedom or free spirit. In the legend, the eagle was the Sun God who represented spiritual power, considered the master of the air. It was a symbol worshiped by kings, emperors, and warriors. In Modern History, it was incorporated into the symbols of the United States and Germany, in the imperialist historical context. It is one of the most popular designs of male tattoos between pilots and lovers of flying. 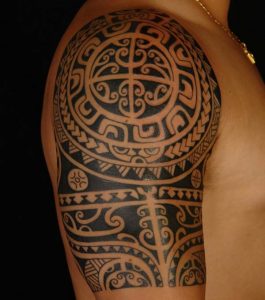 Among the tribal tattoos, Maori is one of the most common when it comes to male tattoos. The Maori civilization, according to studies, was the first to occupy New Zealand. According to oral tradition, the ancestors left Gaia wiki (in tropical Polynesia) and reached the virgin land by large ships. For Maoris, carry out tattoos have a broad cultural significance. Tattoos done in the head, for example, were linked to status within the tribe: the nobler, more covered was his face, hands, and neck. 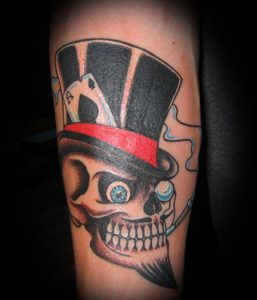 The skull can mean death and decay, they have a heavier meaning than other tattoos, but can also represent different ideas than they seem, but you will just know when someone ask. And one of those less morbid meanings is the strength and resilience.

They can be used to remember how someone was near death or remember a serious problem that has been overcome. It is not a very joyful way to celebrate these achievements.

They can also refer the meanings that we are mortal and so enjoy life to the fullest. The public usually has this tattoo can be bikers or rock fans (in this case the skull is to represent the idea that we are all the same inside)

Heroes and Villains of Comics 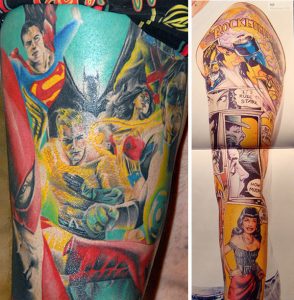 You can call it the revenge of the nerds since like pop culture ceased to be a thing of “weirdos” to become a millionaire market. From Spiderman to Batman, there is ground for everyone. The comics and their characters are part of the imagination of many people. Not always with a nostalgic tone, the passionates by the illustrated stories pay homage with tattoos your favorite actors. 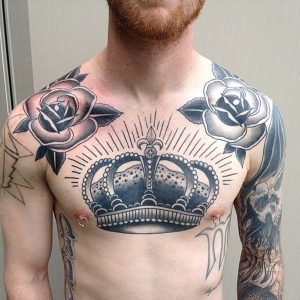 The crown tattoo has several meanings. Power and authority are one of them, this meaning is related to the crown because the crown is the representation of those who are part of royalty. Leadership, immortality, legitimacy, justice, power, divine inspiration, Jesus Crist, self-control.

The crown tattoo is widely used with the image of a lion, giving a royalty meaning. Generally, crown tattoos have details of jewels supporting the idea of grandeur and strength.

So, Have you chosen yours?