Religious or not, demons were always present theme through the ages and nations, populating books, movies and even music. 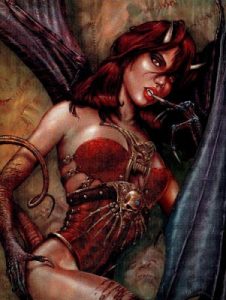 The wife of Nergal, chief police demon of Hell, in charge of the so-called Infernal Court Nergal was Beelzebub’s honorary spy.  In Sumerian-Arcadian religion, she was designated evil demon, death. She is descending and servant of Ereshkigal,” Mrs. big place, “world’s queen of the dead in the Sumerian texts, it reigns in his palace, always keeping the source of life. his family name is Namar and Assyrian-Babylonian religion. Allatou is the goddess of the underworld, of Bel consort and, subsequently Nergal. 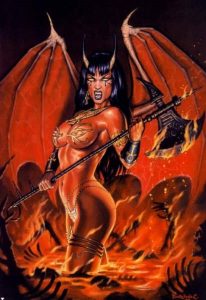 A female demon, who was both succubus and vampire, used to bring men to exhaustion and then to suicide. 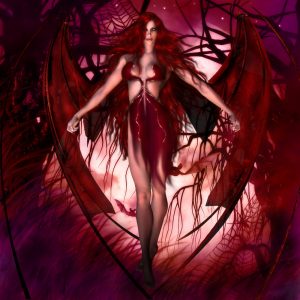 Female demon mentioned in Judaism. The oldest Jewish folk tradition gives as she was the first wife of Adam (after having become Sammael woman). She can not give him a child, God chose to create Eve to be his mate. It was she who taught Adam the fellatio and other practices that morally qualifies it unnatural. It is the mother of evil spirits (probably born of his relations with Sammael, Lelin, Sehedin and Roudin). She is associated with the plague and the scourge noon . She is also among one of the seven demons of the Hebrew Kabbalah, Lilith was described as a seductive figure with long hair flying as a night owl to attack those who sleep alone, to steal children and harm newborn babies. It was found among the most conservative elements of the Jewish community in the 19th century, a strong belief in the presence of Lilith, some of which can be seen today. Lilith was described as a killer of children to steal their souls. She attacked human babies, especially those born of inadequate sex. If you can not eat human children she eats even his own demonic offspring. Added also any possible complications to women who tried to have children – sterility, miscarriages etc. 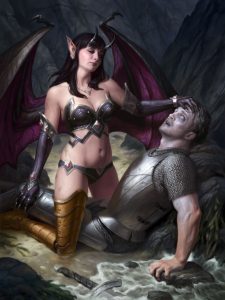 Demon of Midnight. She emerges with the most varied disguises usually appears as a beautiful woman, with his left foot made of bronze, sometimes with mule hoof. In Russia, was feared because it seems to “Midnight” at harvest time, as a widow, and she used to break the arms and legs of workers. She had the sensuality of vampires for human flesh. She was sent to Earth by the infernal deities to attack travelers, sucking their victims. 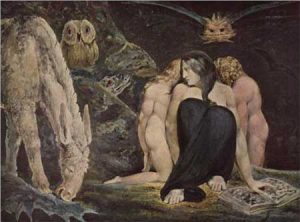 Greek Goddess of the underworld and sorcery world. The queen of witches. 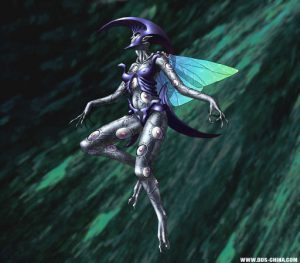 A female demon of Zoroastrian religion that was kissed by Ahriman, thus introducing menstruation in the world. Ahriman is the Principle of evil, and its opposite, Ormuzd, the Principle of good, which should eventually win. 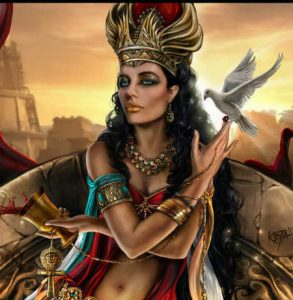 The female evil spirit that acts in perversion and sexual immorality (fornication and adultery) and idolatry (sacrifice to idols and food sacrificed with food), as well as working with false teachings and prophecies.