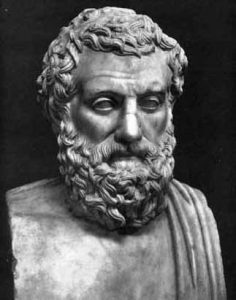 He is one of the three famous ancient Greek tragedians. In fact, he is maybe the most important of them, because he is considered to be the founder of tragedy. His tragedies often won competitions at the festivals held in the honor of Greek god Dionysus. It is estimated that only seven of his plays survived, while it is quite possible that he wrote from seventy to ninety plays. He is the first playwright to use trilogies when making his tragedies (“Oresteia”). Also, his play “The Persians” is the only ancient Greek tragedy that deal with contemporary war and events (in this one particularly, it is the Persian invasion from 480 B.C to 479. B.C.). His influence is inevitable, and it is often considered that he is the one that introduced skenographia – better know as the decoration of scene. However, this is disputable, because Aristotle acclaims it to Sophocles. 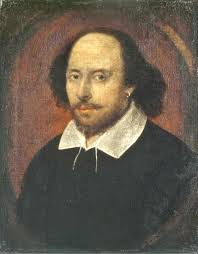 No list like this could be complete without the Bard of Avon himself. He was English playwright, and many people consider him to be the best writer ever in English literature. His most important work contain 38 plays, 154 sonnets, and two poems. He was partial owner of the acting troop known as King’s Men, and famous Globe theater. It is interesting, though, that there are very little records of his private life. Because of this, he was a subject of most different accusations and theories, concerning his sexuality, religion, and some people even questioned if it was really one man who wrote all of the works attributed to Shakespeare. He wrote comedies and historical dramas at first, but since his son Hamnet has died, Shakespeare wrote mostly tragedies. He often collaborated with other notable playwrights of his time, such as Thomas Nashe and John Fletcher.

Moliere was French playwright, and it is often said that he is one of the best comedians that Western Europe has ever had. Although he was very popular among his fellow Parisians, his comedies were subject of constant critics, mostly coming from the Catholic church. He had great influence on French culture, and he introduced some symbols that people often use even today, such as tartuffe (hypocrite) or harpagon (cheap, greedy man). His life was interesting, but his death was one of the most unfortunate events in the history of playwrights. While acting in one of his plays, he was in a role of a hypochondriac, and he started coughing badly during the play. People thought that he was performing, and they applauded while in fact, Moliere suffered from lung tuberculosis and the coughing was real. So, with applauses, one of the greatest comedians succumbed to death on stage. 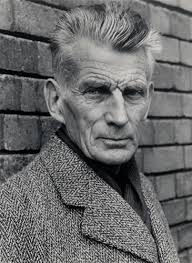 He was an Irish playwright, most notable for his work as a member of avant-garde movement in Europe. His plays were concerning some of the hardest subjects that human mind has to deal with, such as the meaning of life, love and existence, and his work is crucial for understanding the concept of “Theater of absurd”. Beckett had an influence on many different writers, and most notably, beat generation in America. In 1969, he won Nobel Prize in Literature, for his most famous play “Waiting for Godot”. Together with James Joyce, he is one of the most famous and most discussed Irish writers of 20th century.