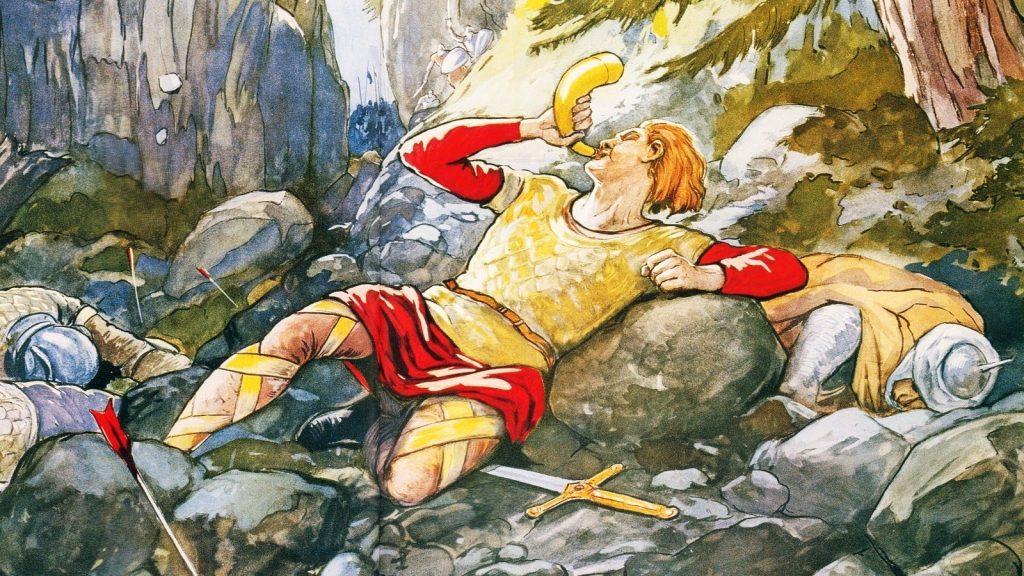 Famous mythical sword called Durandal was in the possession of Roland, who is little known as historical figure. however, this doesn’t prevent Roland from being the protagonist of many medieval tales and legends. Perhaps the most famous is “The song of Roland”, and it talks about Roland’s quest in the war against Muslims, and his last battle, “Battle of Roncevaux” which indeed has its historical records. Roland is a cousin of Kind Charlemagne, and it is the King who gives him the sword. This sword was given to Charlemagne by the angels personally. However, there is another tale, “Orlando Enraged”, by Lodovico Ariosto. It this legend is to be believed, Durandal was once property of the Trojan prince Hector who was killed by Achilles, and Durandal was given to Roland by some form of wizard called Malagigi. 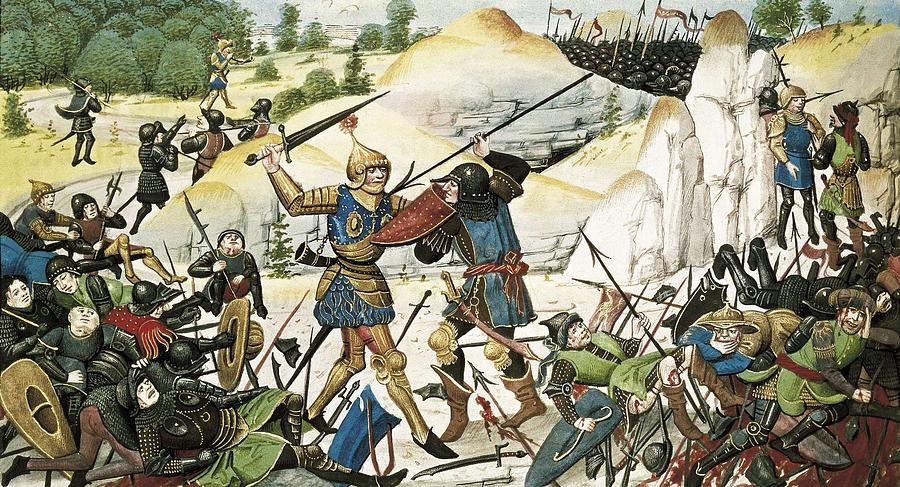 It is notable to say that Roland managed to cut off the right hand of Saracen king, Marsile, and by doing this he made the king ineligible for fight. Also, Roland chopped off the head of Saracen prince, Jursaleu, using this same sword. Also, Roland mentions that he has won many battles with the help of Durandal, including battles in Scotland, Ireland, Wales, Provence etc. 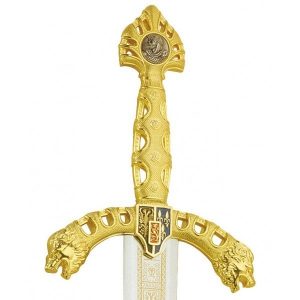 It is believed that Durandal has a fair share of Christian relics integrated into its golden hilt. These relics include: a tooth of Saint Peter, blood of Saint Basil, hair of Saint Denis, and one piece of the robe that used to belong to Saint Mary.When we know that all of these relics were included in making a sword, it is no wonder that Durandal is one of the mightiest mythical swords ever. 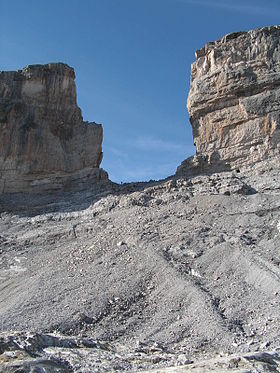 When Roland saw that he is going to lose everything, he decided to destroy Durandal because he didn’t want it to fall into the hands of the enemies. He tried to break the sword by hitting it on the rock, but this backfired, and as the legend goes, he only managed to make what is today known as La Brèche de Roland. In fact, La Brèche de Roland is a gap that is 100m high and 40m wide, and it is situated in the Pyrenees. When he saw that this magical sword is practically indestructible, Roland decided to hide it beneath him when he was dying, together with his horn.

5. Replica of the Sword at Rocamadour, Limousin 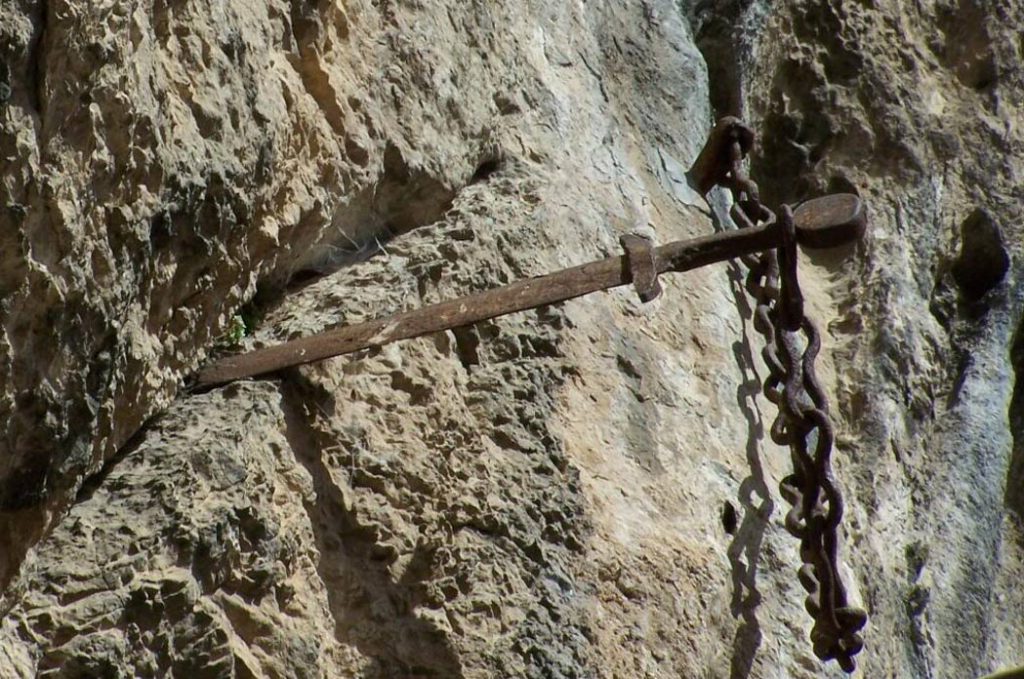 There is another slightly different interpretation of the myth. When Roland saw that he’s going to die, he decided that instead of hiding the sword, it would be better to just throw it in the air, and by doing this, he thought that the sword is going to be lost forever. however, local monks of Rocamadour, Limousin have proclaimed that Roland’s sword has landed into the cliff. Today, people can still see the sword that was allegedly thrown by Roland (it is even secured by chain against eventual thefts), but local tourist office now admit that it is just a duplicate of the real sword.