The Egyptian cuisine is very simple, and its simplicity is what makes it very tasty. A lot of dishes on the menu rely on vegetables and legumes such as lentils and beans rather than meat. The onions are present in most of the dishes, and also Egyptian bread is very common in this cuisine and often used for “spooning” the food. This cuisine is not very fancy but tasty and delicious.

Let’s have a look at some yummy and traditional Egyptian dishes:

Aisch Baladi: Baladi bread is probably the essential food in the egypt cuisine. The bread is flat bread made of whole wheat and bran and is traditionally baked in a wood burning oven. It’s very similar to a pie.

Tahini: It’s made with only two ingredients: sesame seeds and oil.

Tehina: This dish is made with sesame paste, lemon juice, and garlic. It’s typically served with pie bread.

Kofta: These are spiced meatballs often served on a skewer.

Mahshi:  It’s a mixture of rice and stuffed vegetables such as zucchini, tomatoes, and green peppers, seasoned with herbs and spices. This mixture is then placed in a pot and topped with tomato sauce and lemon.

Roz meammar: This meal is baked in the oven. Contains milk, butter or cream, chicken stock with rice that has already been cooked .

Molokhia: A soup made from chopped mallow leaves mixed with coriander and garlic. Sometimes chicken, lamb or rabbit is added to this greenish soup.

Sayadeya: It’s basically a fish cooked in yellow rice and some spices.

Koshari: It’s an Egyptian dish made of rice, macaroni and lentils mixed together, topped with  tomato sauce and  garnished with chickpeas and crispy fried onions.

Baklava: There are numerous variations of baklava. It’s basically layers of flaky pastry filled with chopped nuts and honey syrup.

Halawa: A popular pastry in Egypt made from sesame paste.

Umm Ali: Layers of bread soaked in milk and sometimes topped with nuts. It is served hot.

Roz Bel Laban: It’s a rice pudding with a hint of vanilla that can be served cold or warm. 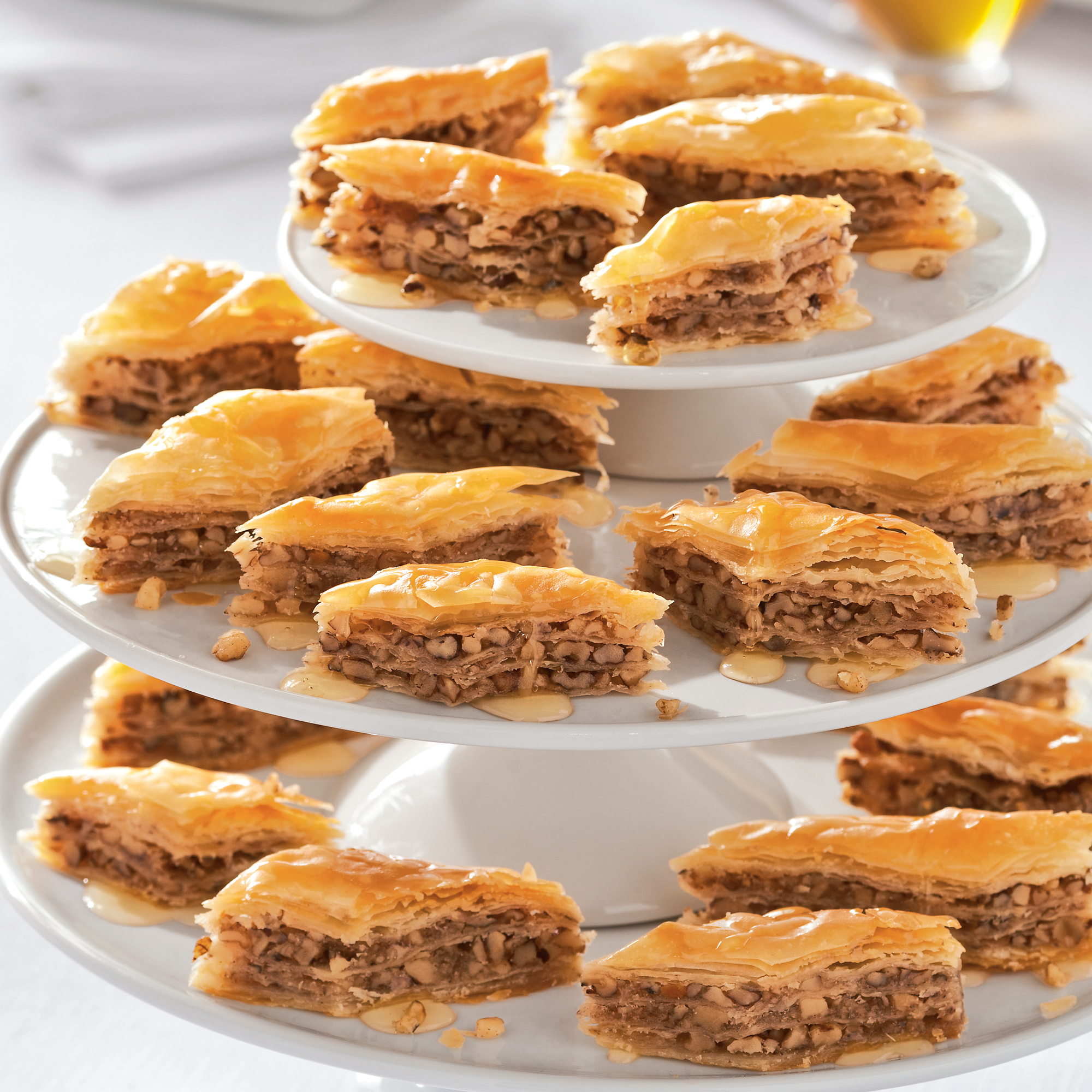