Tommy Pitera is a former hitman for the Bonanno family. He was a martial arts enthusiast who learned from the masters in Japan. In 1975, he returned to the States and got a name „Tommy Karate“. This man confused the line between contract and serial murder. For his every job he carried a dismembering toolkit, with which he would cut his victims into smaller pieces so that it would be harder for authorities to identify the body. This monstrous way of hiding his tracks earned him the nickname „The Butcher“. 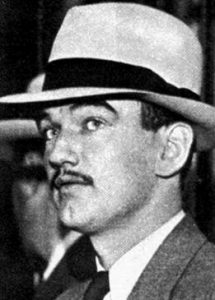 This man is known for his disregard for human life including children. He earned his nickname after a kidnapping attempt which resulted in a shootout.

In the gunfight, he killed a child and left several others wounded. He was named „Mad Dog“ by the New York City Major Jimmy Walker. 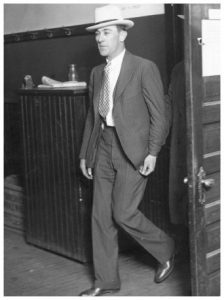 This man earned his nickname by carrying his guns in a golf bag.

He worked for Al Capone as a hitman and was one of the most silent killers of all time. 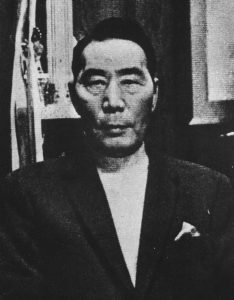 This man was a head of the biggest criminal organization in Japan, the Yamaguchi-Gumi. Orphaned at the young age and raised by the gangsters. He became a famous street fighter for digging out his enemies’ eyes with his fingers.

This technique earned him the nickname „The Bear“. He quickly rose up to become the oyabun (Don) of the Yamaguchi-Gumi by the age of 33. After WWII, he took over Japan. All other Korean and Japanese mobs understood that it is better to ally with The Bear than fight him. This gave Taoka control over 43 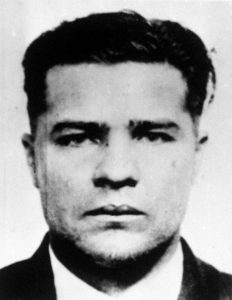 This man hated his nickname. In fact, he hated it so much that he would kill other gangsters for calling him by the nickname.

The name was given to him by prostitutes from a whorehouse he frequently visited.

George Kelly is a notorious racketeer whos nickname was given to him by his wife Kathryn.

She forced to practice him with a machine gun that she bought him for his birthday. His wife became his public relations force and built up his „street cred“. In fact, he never used his machine gun with intent to kill.

In fact, he never used his machine gun with intent to kill.

He earned his nickname by always  holding a cigar between his teeth. While nicotine was his drug of choice, he made money by selling heroin. First, he was the underboss of the Bonanno family. He was the man behind the French Connection. And soon the Cigar took over Bonanno family and started making millions of narcotics.

First, he was the underboss of the Bonanno family. He was the man behind the French Connection. And soon the Cigar took over Bonanno family and started making millions of narcotics.

And soon the Cigar took over Bonanno family and started making millions of narcotics.

Israel Alderman was an owner of the speakeasy in Minneapolis.

The gangster would kill his victims by pushing an icepick through the victims eardrum right into the brain. It was a quick method and left an impression that victim was just drunk and passed out.

It was a quick method and left an impression that victim was just drunk and passed out.

The cockyest gangster of all time. He would even pick on police officers because he knew that they could not do anything to him.

While facing charges for a narcotics conspiracy he appeared on the cover of New York Times with a title „Mr. Untouchable“ after which President Jimmy Carter ordered to persecute Barnes to the „full extent of the law“.

Barnes was sentenced to prison for life and without parole. 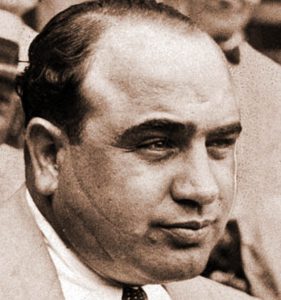 One of the most famous gangsters of all time. His nickname directly refers to the scars on his face. He received his scars while working as a bouncer  in a Brooklyn nightclub.

He insulted a woman and provoke a fight with her brother who scared Al Capone for life.

Capone would always hide his scars while beeing photographed and lie about his wounds.