Scientology is a system of faith and belief that was created by L. Ron Hubbard, an author of science fiction in 1954, that later was faced with psychiatric treatments.

This so called “religion” is presented mostly in America, Australia, and South Africa. It’s almost like a religion full with many controversy and antagonism and in some countries, it is considered as a cult with many unusual and unconventional beliefs.

The Scientologists believe that their faith and beliefs are based on a scientific research and laws. They claim to have memories that go way back than the age of the universe. The directions and aspirations of Scientology according to Hubbart are a progress without criminals, madness and war, where people can have rights to rise to higher heights. Practically, the origin of the word “Scientology” originates form the latin and greek words that mean knowledge and study, so the real meaning of this term is the science of handling the spirit in a relationship with the physical body by maintaining self-conscious.

Dianetics is the practice and idea that connects the mind and the body, discovered by Hubbard and then led to become some kind of religion that was never accepted as a scientific theory. The major and basic concept in Dianetics is that the mind is made of two parts which are analytical and reactive or concious and subconscious, respectively. This subconscious part is called engrams and corresponds with people’s pain and trauma. 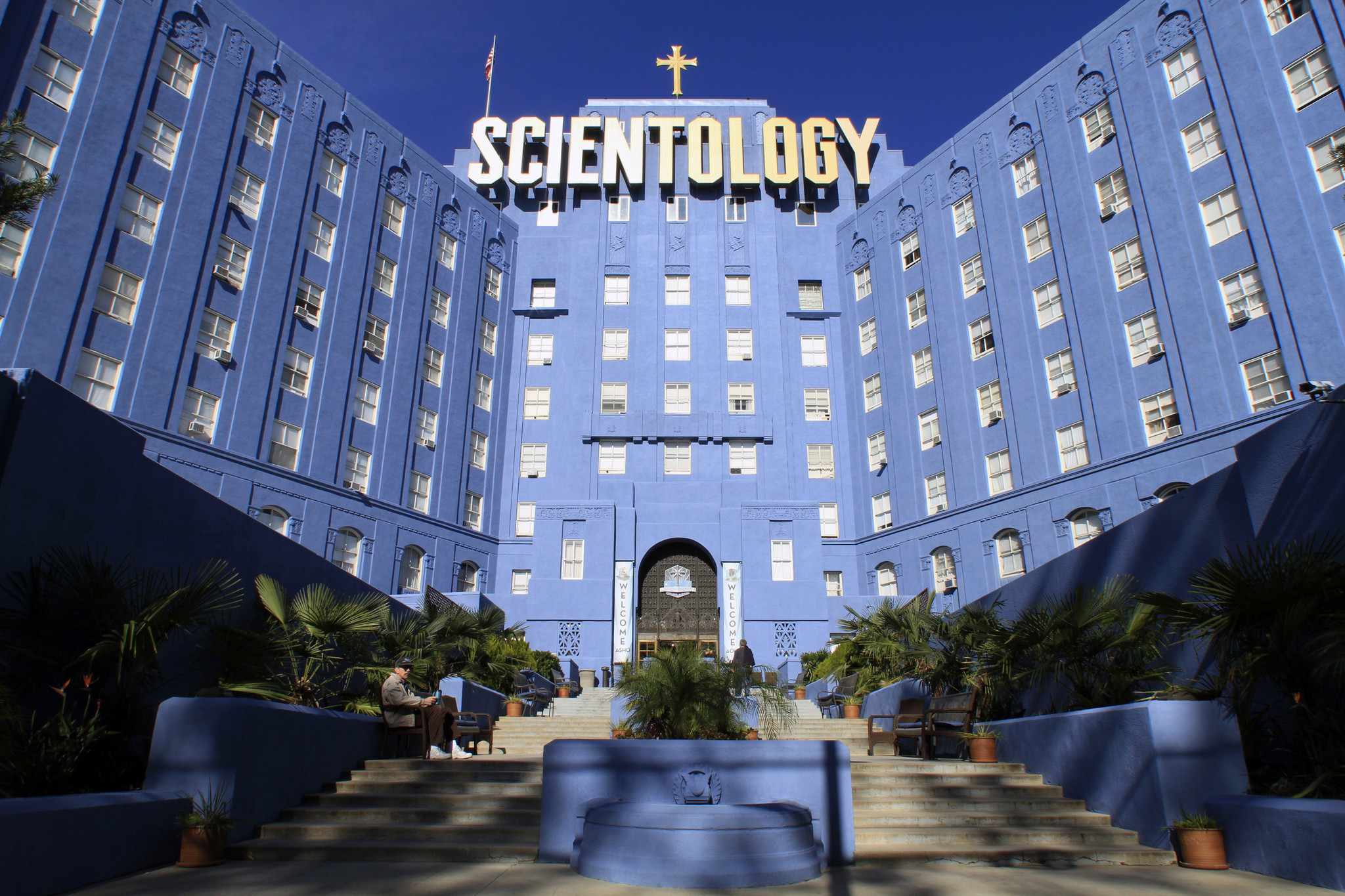 The aim of Dianetics is to erase the engrams in the reactive mind in order to obtain a “clear” state, because they believe that the mind needs to be clear and free like some kind of computer. Interesting theories, right?

Then, they think that when the mind is clear, people then can control the whole world. It’s like some kind of counseling treatment for some traumatic experiences that may have happened in the past. This kind of practice, Dianetics is a two way street where two persons are included, the pre-clear and the one who guides and according to Hubbert this technique cannot be performed by anyone or in home conditions. This kind of religion collided with many criticism and that the members of this circle of believers must pay huge amounts of money in order to participate in the therapy sessions.

The symbol for the church is the Scientology cross, that is almost like the normal one but has 8 points that represent the 8 dynamics that all humans have in order to survive.

The Scientologists believe in this research with so many faith and use and apply some teachings like detoxification or silent birth. Many celebrities, like Kristy Allie , Katie Holms, Tom Cruise, John Travolta and many others believe in this kind of religion or lifestyle or cult. You can call it whatever you prefer, you won’t make a mistake.