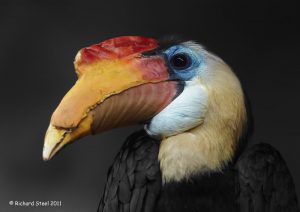 Birds are interesting creatures, but there are some species that are known for their unusual and unique look.Birds are the only animals that have feathers, they have rounded bodies and strong chest muscles that help bird to run the wings during the flight. Birds have hollow bones because the weight of their bodies during the flight, and light bones help them to fly easily.
Kiwi 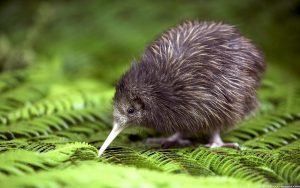 Kiwi is a very small bird species, living in New Zealand and are known for wearing large eggs in relation to its size. These birds have been adopted as the national symbol of New Zealand because of its strange beauty. This bird doesn’t have a tail, they have long beaks with nostrils on top 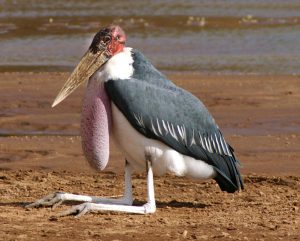 You can see this bird only in Africa, and they are the highest and world’s largest birds. They feed on insects, mammals, frogs and other birds. Marabou is probably the largest member of the family of birds. Adult males can be as high as five feet and weighs eight pounds. Females are slightly smaller. Marabu has a powerful bone and wings. But it is especially nice to see how the marabou fulfill its role of parents. 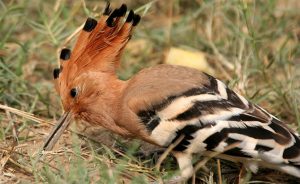 Hoopoe bird lives in a wide area of Europe, Asia and Africa, is known for its characteristic decorative crown. They grow up to 30 centimeters, and mainly feed on frogs, lizards, seed and fruit.
It is famous for its unusual color decorative crown on his head by having male and female. It inhabits in central and southern Europe, western Asia and northern Africa. Most parts of his suit where arable land or meadows mingled with small forests or in which there is only the old trees in the middle of the field. 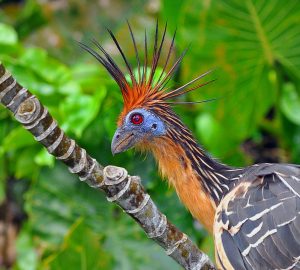 This is a kind of tropical bird which is found in South America. Hoatzin is different from other birds because his digestive system similar to that of ruminants, while young birds at the ends of the thumb and forefinger with claws. They can grow up to 60 centimeters. This bird is large as a turkey, Hoatzin spend time loafing around the edges of lakes in the Amazon. Its rare case that people see this bird in flight, because they barely fly. They have weak wings and muscles. It is an exotic looking bird with black and white wings. 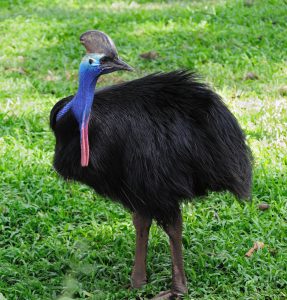 Their three claws, sharp as knives, reaching up to 12 cm in length, and this is the only bird in the world that has any kind of protective armor, helmet, which protects the head while running through a thick forest. And finally, these flightless birds can run very fast! According to the Guinness Book of Records this bird is most dangerous bird in the world! According the legend, this bird can kill a man or larger animal with just one shoot with sharp claws