To imagine Brooke Shields is doing 51 years is difficult for those who followed the path of the actress, who started his career in theaters, at age 15. It already passed 36 years and the owner of the blue-eyed, statuesque silhouette, and now owns a muscular body, keeps the stunning beauty who left Hollywood gaped to debut as Emmeline in the film “The Blue Lagoon” in 1980. At 10 years old, the actress was the most photographed in New York. Remember some Brooke Shields movies and tv shows of her career! 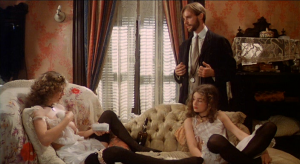 The first feature film of his career and also raised controversy. In the scenes, she appears naked playing the daughter of a prostitute who lived in a brothel. The criticisms were in his favor, and two years later, the actress starred in the film that would mark once and for all his career, emerge as a romantic couple Christopher Atkins in “The Blue Lagoon”, released in 1980. 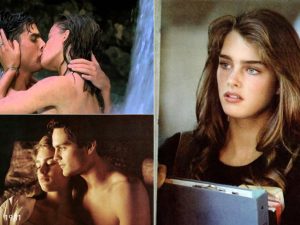 A young couple madly in love, but David Axelrod (Martin Hewitt) is 17 and Jade 15 (Brooke Shields), so sometimes it is difficult to pour out this love. So have relations inside her house. Who first find out what is happening is Ann (Shirley Knight), Jade’s mother, who happily accepts this. But this novel is not accepted by Hugh (Don Murray), the father of Jade. One day the situation explodes and Hugh tells Jade that she can not receive her boyfriend. So David, obsessively, makes a plan to stay in the good graces of her family, but the results are dramatic.

The Greening of Whitney Brown 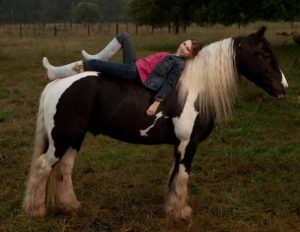 Whitney is a spoiled pre-teen who dreams of the big prom. When his father loses his job and starts to suffer from economic problems, the family must leave the big city and move to the countryside. Away from home, the girl befriends Bob horse, an animal that will help her solve her problems and find out the true value of family. 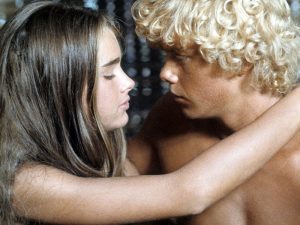 Emmeline (Brooke Shields) and Richard (Christopher Atkins), two children, along with Paddy Button (Leo McKern), an old sailor, are the only survivors of a shipwreck at a time when to navigate was the only way to travel. After being adrift for several hours they will stop on a tropical island that is a true paradise. The place offers no danger because there is no wildlife, but after a while, Paddy dies. With the time, Emmeline and Richard become teenagers and live in a cabin they built themselves. In this period new emotions influence their relationship, the two find love and then Emmeline is pregnant. On the night that their son was born, Richard discovers the origin of the drums that they hear from time to time in the “forbidden side” of the island. 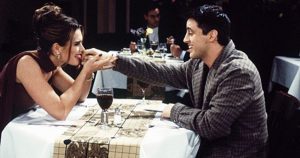 Interprets Erika, a crazy fan Joey believes that Dr. Drake Ramoray really exists. He, of course, gets involved with her, but then have to find a way to get out of “relationship”. The actress is present in the double episode aired after the Super Bowl, the second season of the series. 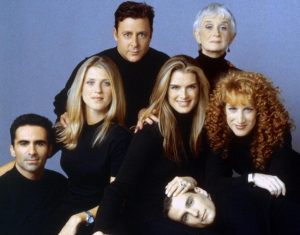 She commanded the sitcom Suddenly Susan in the air from 1996 to 2000. The story takes place in San Francisco, where Susan is about to marry Kip Richmond, but suddenly Susan gives up in the middle of the wedding, throwing it all away, turning to the home of his grandmother Nana, and got a job in The Gate Magazine that the owner is Kip’s brother.