The Good, the Bad, and the Weird 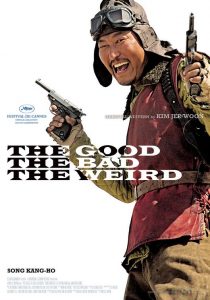 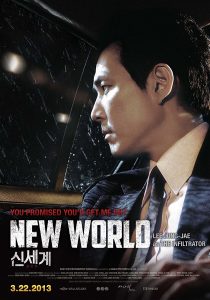 The New World is a crime drama written and directed by Park Hoon-Jung. It is the first film in the planned trilogy. The film was first released in 2013  and shows the conflict between the police and the mob from the perspective of an undercover police officer. The movie was appreciated by many critics. Film Business Asia praised it as “the best played and most gripping Korean gangster movie since Yoo Ha’s A Dirty Carnival. It not only showcases three of South Korea’s best actors at the top of their game but also manages to sustain its 2 and a half-hour running time on sheer character drama rather than action or violence”. 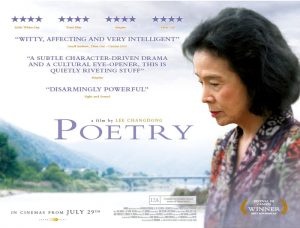 Poetry is a drama written and directed by Lee Chang-dong, a big name in Korean arthouse cinema. The film was released in 2010 and selected for 2010 Cannes Film Festival main competition where it won the Best Screenplay Award. The film tells a story of a woman in her 60s who is suffering from Alzheimer’s disease and who suddenly takes the interest in poetry. The movie has won many other awards besides Cannes Film Festivals, for instance, it won the Blue Dragon Film Awards for Best Actress and received Award for Best Actress from Los Angeles Film Critics Association. The main role is played by  70 years old Yoon Jeong-hee  for whom it is the first film to star in since 1994. 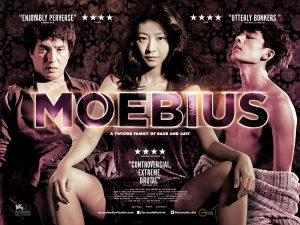 Moebius was first screened out of competition at the 70th Venice International Film Festival in 2013. It is a drama film written and directed by Kim Ki-duk.  Initially, it was banned in South Korea before the Korea Media Rating Board changed their opinion and lowered the rating. Moebius is a modern Korean adaptation of Psycho. It is an extremely brutal, yet controversial film. Moebius is a fascinating exploration in the bordering psychotic link between mother and son. Andrew Chan of the Film Critics Circle of Australia writes, “To call Moebius daring is actually an understatement, as it is more than that, it is a film that will haunt you, lingers with you and perhaps disturb you till you never think about it again”. 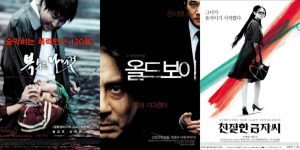