Vermont is home to Ben & Jerry’s Ice Cream company. Vermont also has a large number of pig farms, so in an effort to keep Ben & Jerry’s environmentally conscience, the company donates ice cream waste to pigs. Apparently the pigs like every flavor except Mint Oreo. Montpelier, Vermont, is home to less than 9000 people, making it the smallest state capital in America. But that doesn’t mean it’s a boring vacation destination. Visitors can tour James and Dolley Madison’s home, exploring a piece of history that celebrates a father of the constitution and America’s first First Lady. There are also numerous hiking and walking trails that wind through forests and meadows, with gorgeous views of the Blue Ridge and Southwest mountains.

#3 – No McDonald’s in Montpelier

For those hoping to grab a Big Mac on their trip to Montpelier, Vermont, think again. Montpelier is the only U.S. state capital without a McDonalds or a Burger King. There is a McDonald’s in the nearby city of Berlin, though, so if you’re willing to drive a little farther, you can satisfy your craving.

#4 – Vermont Produces The Most Maple Syrup in the U.S. 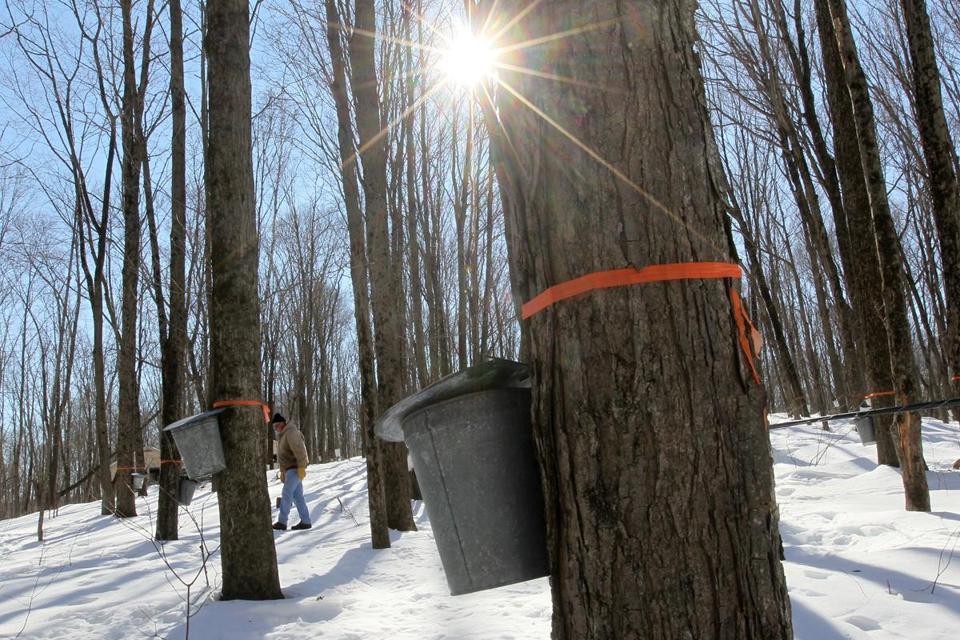 Sugaring Season is known as the fifth season of the year to Vermont residents. The largest producer of maple syrup in the U.S., Sugaring Season occurs between winter and spring. To make one gallon of syrup, syrup makers must gather 40 gallons of sap and boil it over a fire. When visiting Vermont, tourists can visit any number of “sugar shacks” to get a local treat: sugar-on-snow. This tasty local sampling is syrup hardened almost like candy, poured over shaved ice, served with a donut, coffee, and a dill pickle.

Most people think of Wisconsin as the dairy state, but in Montpelier, Vermont, cows actually outnumber people. Vermont is home to the largest number of dairy cows in the U.S., and many of these cows live in the state’s capital city. The upside of this is most of the local ice cream and cheese shops use Vermont cows to make their products, making tasty treats for locals and tourists.

Many people in America have mixed feelings about Wal-Mart and other “big-box” chain stores. On one hand, they provide a large variety of products at a cheaper price. But on the other hand, they often leech business from local entrepreneurs, putting many of these small family operations out of business. Vermont has always worked hard to create a good environment for their local business owners and succeeded in keeping Wal-Mart out of the state until 1996. This makes Vermont the last state in the U.S. to get a Wal-Mart.