Our century saw the apostolic and pastoral work nine popes, all firm propagators faith, conversion and fidelity to Christ and to the Catholic Church.

The popes are living witnesses of the apostles and the successors of St. Peter. So, how many popes have there been in the 20th and 21st Century?

He was born Gioacchino Pecci in Carpineto Romano, Italy. He was Pope from 1878 to 1903, the year of his death. At 8 years old he was sent to a seminary, where he was six years and then studied humanity and rhetoric.

He became known as the Pope of encyclicals, the most known of the rights and duties of capital and labor, helping to awaken a Catholic power left. He was elected in the nineteenth century but is considered the pope of the twentieth century as it became the turn of the century. 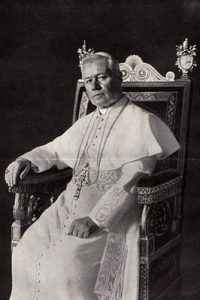 He born Giuseppe Sarto in Riese, Italy. He was Pope from 1903 to 1914, the year of his death. Introduced major reforms in the liturgy, popular facilitating access and promoting children’s access to the Eucharist.

It is the patron of the sick and pilgrims, the largest of the Popes of the twentieth century along with John Paul II. 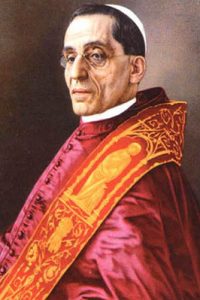 It was the Pope of the First World War. He holds a Doctorate in Law at age 21 and then entered the church life, and in 1907 promoted to Archbishop of Bologna and later Cardinal. In 1918 and the end of World War I, it was dedicated to the administrative reform of the Church, so that it could adapt to the newly emerging international challenges. 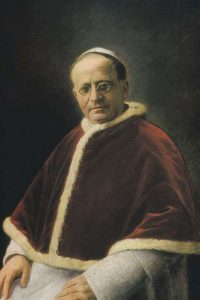 In 1929 he signed the Lateran Treaty with Mussolini’s government where it was agreed that Holy See recognizes the Kingdom of Italy under the Dynasty of the Savoia House, and Rome the capital of the Italian State and Italy recognized the Vatican City State under the sovereignty of Summo Pontiff.

In 1931 inaugurates Vatican Radio, sending the world a message “Quid arcana Dei”. His death remains shrouded in mystery since Pius XI died shortly after he criticized the fascist regime of Mussolini. 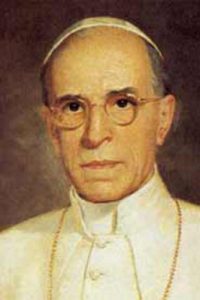 He was born Eugenio Pacelli in Rome, Italy, was Pope from 1939 to 1958, the year of his death. Born into a family of Italian nobility, was undersecretary of the grandson of the Ministry of Finance Papal and founder of the official Vatican newspaper.

In the year that takes office as the Pope is beginning World War II, having opened the doors of the Holy See to refugees when the invasion of Rome by the Nazis.

Granted Italian citizenship to more than a million people.

He was born Angelo Giuseppe Roncalli at Sotto Il Monte, Italy, was Pope from 1958 to 1963, the year of his death.

He was a professor of church history, patristics and apologetics, an assistant the Women’s Catholic Action and a “preacher in great demand due to its elegant, deep and effective eloquence,” the site of the Holy See.

He was born Giovanni Battista Montini in Concesio, Italy, to an upper-class family, was Pope from 1963 to 1978, the year of his death.

He was born Karol Wojtyla in Wadowice, Poland, was the youngest of three brothers. A devotee of Our Lady Fatima, he was Pope from 1978 to 2005, the year he died.

It was one of the most cherished and respected the Catholic Church. On May 13, 1981, was the victim of an assassination attempt in St. Peter’s Square at the Vatican. 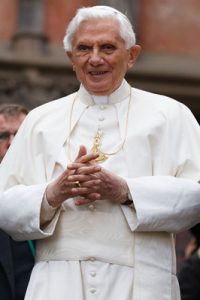 He was born Joseph Ratzinger in Marktl am Inn, Germany. He was elected in the 2005 Conclave, after the death of Blessed John Paul II. In 2013 he resigned, he was the first head of the Catholic Church does it him willingly in 700 years.

In 2007 it was included by Time magazine in the list of 100 most influential people in the world. 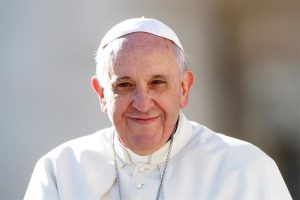 He is our Pope Current. He was born as Jorge Mario Bergoglio in Buenos Aires, Argentina, he is the 266 Pope of the Catholic Church and current head of the Vatican State, succeeding Pope Benedict XVI, who abdicated the papacy on 28 February 2013.

He is known for its charisma and kindness.

Tagged how many popes have there beenpopepopes