The Marriage of Figaro

Wolfgang Amadeus Mozart wrote this popular opera that debuted in May of 1786. It has four acts and is a comedy that met instant success when Mozart released it. The opera starts on Figaro and Susanna’s wedding day when Susanna confesses to Figaro that the Count Almaviva – their employer – is pursuing her. Figaro gets angry and vows revenge. A foiled revenge plot follows, in which Figaro discovers his long-lost parents, and the Count’s wife, the Countess, is alerted to his attempted infidelity. Figaro and Susanna, and Figaro’s parents end up having a double wedding. The Countess then confronts the Count about his indiscretions but forgives him. 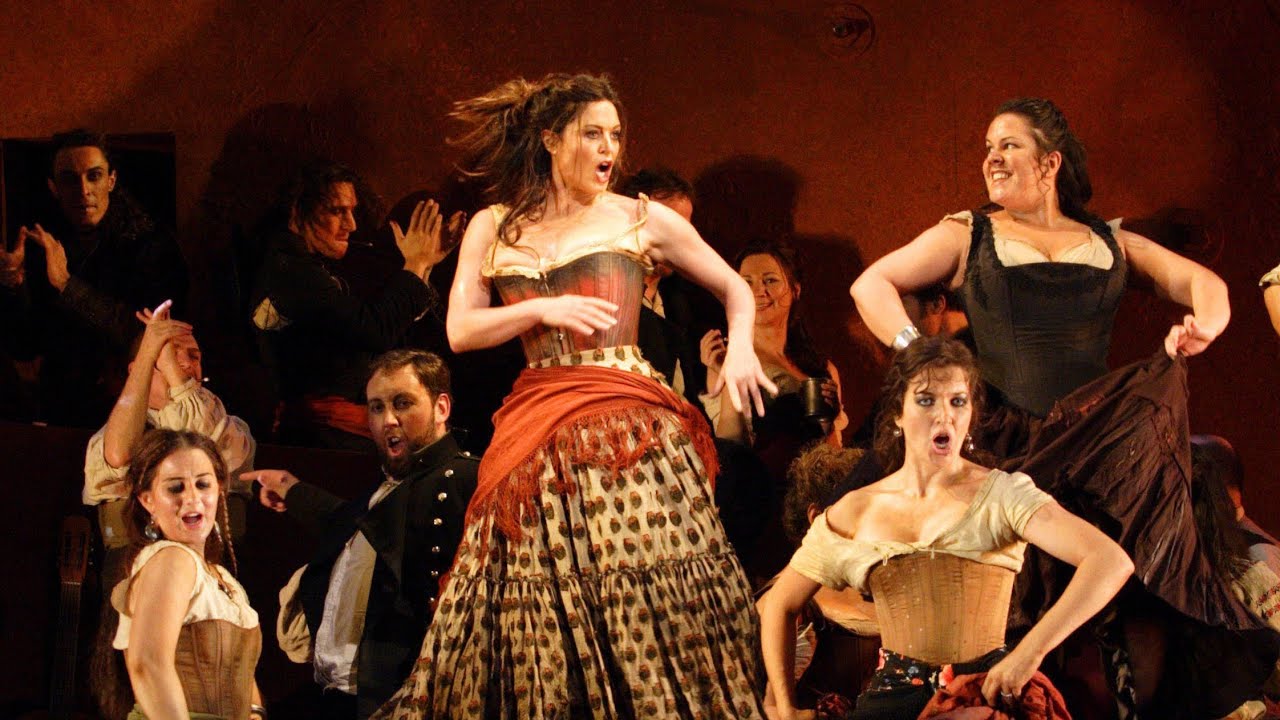 Debuting in March of 1875, Georges Bizet wrote this classic opera in four acts. Carmen is an opera-comique, a style of French opera that involves singing and speaking. The lead, Carmen, is a provocative gypsy who gets arrested for supposedly causing a fight at the cigarette factory. She seduces her arresting guard, Don Jose, and escapes. He is arrested for letting her go but is released a month later. He finds Carmen and tells her he loves her. He then joins her gang of smugglers. Carmen, however, loves another man named Escamillo, a bullfighter. Jose leaves to help his sick mother, then returns to find Carmen and demands that she leave with him. She refuses and he stabs her.

This opera is based on a short story by John Luther Long and a play by David Belasco, and it premiered as an opera in 1903. Cho-cho-san is a 15-year-old Japanese geisha who marries Pinkerton, an American Navy officer. Pinkerton’s friends tell him he shouldn’t rush into the marriage, but he ignores them. Pinkerton then returns to America, while Cho-cho-san and her son wait for him in Japan. Three years later, Cho-cho-san learns that Pinkerton’s ship has come back. She waits for him to visit her, but he ends up sending his “real” wife Kate to talk to her. When Cho-cho-san sees Kate, she understands that Pinkerton has never loved her. Cho-cho-san then kills herself with a knife.

Another opera written by Wolfgang Amadeus Mozart, it premiered in Prague in October of 1787. It is known as one of the greatest operas ever written. It centers on the title character’s descent into hell. Don Juan is a notorious playboy and villain and spends the first act of the play pursuing different women to no avail. At one point he sneaks into a woman’s bedroom, only to be discovered by her father, whom Don Juan then stabs. In the second half of the opera, all of the women Don Juan pursued in the first act confront his manservant, whom they believe is Don Juan since he is dressed in Don Juan’s clothes. The manservant runs away and meets Don Juan in a graveyard, where a stone statue starts talking to Don Juan and telling him to repent of his evil ways. Don Juan invites him to dinner. The stone statue shows up for dinner, then leads Don Juan into hell after he denies any wrongdoing.