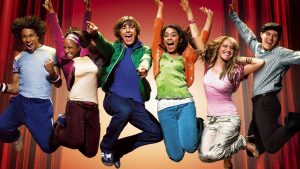 Remember when every store you walked into had High School Musical fan crap on EVERY SINGLE SHELF? Yep, it was all the craze back in the day. Ashley played the role of Sharpay Evans, an over privileged brat who thought everything could be handed to her on a silver platter. Always the leading role in the school musical, she realizes that she has some real competition when the new girl Gabriella Montez (Vanessa Hudgens) comes to steal the spotlight.

High School Musical was a breakthrough for many careers including Ashely Tisdale, Vanessa Hudgens and Zac Efron. This peppy musical had something for everyone. Sing-alongs for the kiddies and a young Efron that made stay at home moms fantasize about having a pool boy. Good times.

2. The Suite Life of Zack and Cody 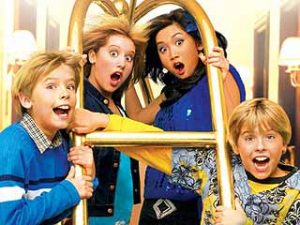 The Suite Life of Zack and Cody aired on television back when Disney Channel was actually sweet (I might be a little biased, but its cool).

Tisdale played the role of Maddie Fitzpatrick who worked in the lobby of the Tipton Hotel. The show followed two identical twin boys (Cole and Dylan Sprouse) and all of their ventures while living in the hotel. The show then led to the spin off series, The Suite Life on Deck. 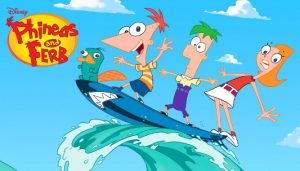 Phineas and Ferb is an animated show on Disney Channel and yes I have watched it… more than once. The show follows two brothers, (Phineas and Ferb) who are always inventing new fun things while on summer break. Oh, and we can’t forget about their under cover platypus, Perry, who goes on a mission against the evil Doofenshmirtz every episode . The two boys manage to create ridiculous things like space ships or shark tanks in their backyard.

Meanwhile, their parents have no idea. Tisdale does the voice of their older teen sister, Candice, who always tries to get them in trouble. Every time Candice tells their mother what the boys are up to they somehow manage to have it all cleaned up. Forever being tormented by the fact that Phineas and Ferb cannot be tamed haunts the teenage girl.

4. Sabrina: Secrets of a Teenage Witch 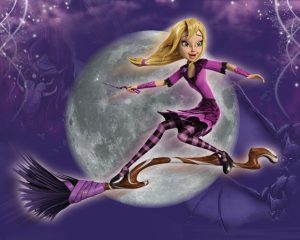 Tisdale must love doing voice overs! In Sabrina: Secrets of a Teenage Witch, Tisdale does the role of Sabrina Spellman. Sabrina is half human and half witch and she battles with finding the balance between the two in her life. 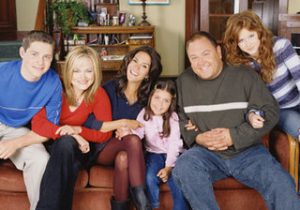 This used to be the kind of sitcom that you would come home to after algebra and biology kicked your butt to let all your stresses melt away.

It was surprising to find out that Tisdale actually played in a few of the episodes. Her characters name was Bonnie and she appeared in four episodes back in 2003.