We all know that Spider-man movies are successful even before the whole cinematic battle between Marvel and DC. What’s better is that Marvel Studios finally has the chance to direct the upcoming Spider-man: Homecoming. So even if you watch all of the Marvel movies, these are facts that you probably still not know about him:

Besides the Avengers, he also joined the Fantastic Four. 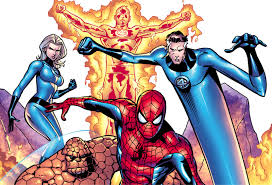 Back in 2007, there were four volumes for the ‘Spider-man and the Fantastic Four’ series. Basically, it is all about Spider-man joining forces with the Fantastic Four and another alien race to defeat the infamous villain known as The Impossible Man and his entire alien race. There is absolutely no doubt that Spider-man is a big help when it comes to defeating the forces of evil.

There are more love interests besides Gwen Stacy and Mary Jane Watson.

Despite the stereotypes and labels that Spider-man is a nerdy teenage boy, he is actually a lady’s man. With other love interests present in the comic books, definitely Gwen Stacy and Mary Jane Watson stand out from the rest. I mean, why else would they be the leading ladies in Spider-man movies?  However, Black Cat is the first superhuman to become Spider-man’s love interest.

He actually left New York and traveled around the world. 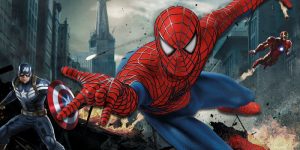 No, he did not take a vacation as a superhero. He has superpowers, and with great power comes with great responsibility, so obviously he cannot just abandon his duties. The reason behind it is because of the helping the Avenger with their missions and as well as completely solo missions of his own. One of his solo missions was in Algeria, where he discovered the truth about his parents.

Spider-Man revealed his true identity in the Civil War series. 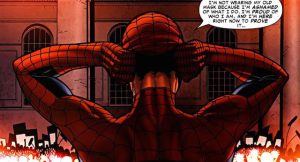 The comics about the Civil War series is more detailed; and Bucky only appeared in the Secret Wars where the Civil War storyline is connected. Unlike the Captain America: Civil War movie, the seven issue Civil War comics consist of more superheroes. Most superheroes changed sides as it progresses, Spider-man was initially in favor of the Superhuman Registration Act. However after his enemies targeted Aunt May which nearly killed her, he switched sides.

There is more than one costume designed for Spider-man

For more than 50 years, Spider-man has loads of costumes designed for ever since the year 1962. With variations and concepts for each era, universe, storyline, and even clone; each costume was tinkered accordingly. Heck even Iron Man made the Iron-Spider suit for him but it was completely different from the one portrayed in the Civil War movie.

There is more Spider based heroes in the Marvel Comic Universe. 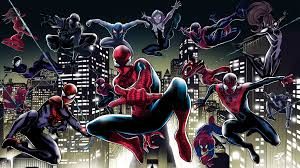 This is proof enough that Spider-man is one of the most iconic heroes ever; just like the how many costumes design he has, he is also the basis for the rest of the Spider based characters. Characters like Spider Gwen, Scarlet Spider, Spider-Woman, Spider-Girl, Spider-Boy, and heck even, Spider-Ham exist. In the 2014 comic called the Spider-Verse, the villain named Morlun is after all of the Spiders in all universes. Morlun is part of the Inheritors clan; they are composed of hunters who feed on the life of totems. Their goal is to travel to different Spider Multiverses to hunt for the Spider Totems. However, the Spiders had joined forces to form a Spider Army to stop them.