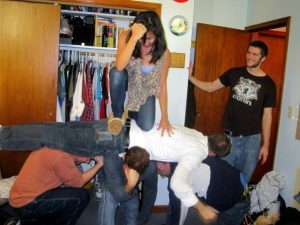 Perhaps the most stupid thing that the internet has promoted in its short universal popularization. To make the planking, it is just stay lying with his head down on top of any object. Of course, some people pass the limits, lying on top of inhospitable places. In Australia, a young man of 20 years died after trying to make the challenge in a seventh-floor balcony. So sad!

Other, less dangerous, it became known as Tebowing. The task of the participants was to imitate Tim Tebow (football player, quarterback of the Denver), kneeling to pray every time your team scores a point. There was also the Turkeying, which people imitated Christmas turkeys.

We will combine: a small dose of cinnamon in candy is very good. However, that such dispense the sweet and just put cinnamon in his mouth? That’s the idea of the challenge of cinnamon powder. Who stay longer with, wins. And it has to be a warrior to endure, because the longer the product is in the mouth, more is burned. In a quick search on YouTube, you can find many videos of people trying to eat the cinnamon powder. Why is the idea stupid? The simple fact that it is virtually impossible to put something so sour in your mouth and your body does not fight to oust all. 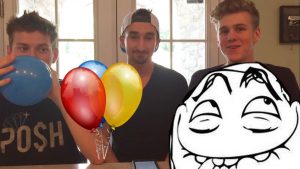 One of the most slights challenges. You may breathe helium gas and starts talking nonsense. Who does not laugh is the champion. It is impossible do not to laugh. 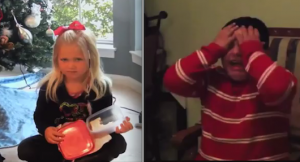 Jimmy Kimmel is one of the most respected guys when it comes to Talk Show. He is good in interviews. In its programs, the presenter asked its viewers to send videos of their children getting ugly gifts at Christmas. It is a mess around. Instead of cool toys, the parents put jars of pickles, whole potatoes and various other gifts little expected by children. The result you already imagine what it was. A lot of crying, screaming and children will be traumatized for eternity.

Can you imagine a smoothie with coffee, vinegar, egg and chocolate? It would not be very tasty, is not it? But that’s the challenge, drink a disgusting smoothie without vomiting. Do you like the idea? So invite your friends and come on.

Choose around 15 different ingredients such as milk, vinegar, coffee, gelatin and others. Then make a draw of 5 ingredients and then make the smoothie. Win one who drink it and not throw up.