There are many mysteries about the cats off the fact that most of the breeds have come from the east. Many quotes about cats indicate even breeds that existed in ancient cultures has even forgotten by time. Currently, there are numerous breeds of cats, including cats with big ears. So, let’s see which they are. 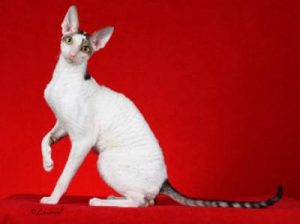 The cats of this breed are extremely playful and cheerful throughout his life. They like to play in seeking objects, run with other pets or do acrobatic jumps. It has large and pointed ears, but still it is very cute. The Cornish Rex is an adventurous cat and is very smart. It can easily adapt to new situations and will explore all the places it can go up like in refrigerators, washing machines etc. The Rex is very curious, is always looking for the company of other people and is friendly with other pets. It is a good pet for timid children. 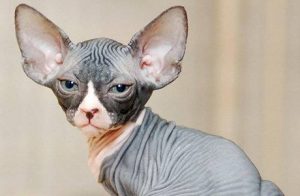 The Minsky is a small cat, very eared and short fur, but despite his appearance, it is a friendly cat, extroverted and lives with dogs, children and other cats and loves to run and play around the house. When they are kitten are very playful and will entertain you with his antics feline hunter. Despite it not having fur, it’s too hot to touch. 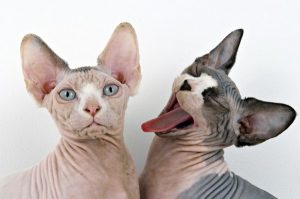 It has Egyptian name, but its origin is from Toronto, Canada. It looks a lot like the Minsky, but has a few fur on the body, the color of its skin seem the fur, which leaves you with the appearance of always being all shaved. For the small amount of fur, the Sphynx tend to always be touching and getting close to people and other animals for warmth. They also are quite independent. The lack of coat also causes the cat is quite warm to the touch. Besides the big ears, it also has big eyes. They have an extroverted behavior and exhibit a high level of energy, intelligence, affection and curiosity. 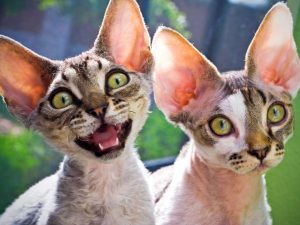 The Devon Rex is an unusual-looking cat, short fur, wide head, upturned nose and  big eyes and ears. It has long, sturdy legs which make it a great leaper. It is a gentle and very loving breed, it loves getting on the shoulders of the owners, close to the head and neck. 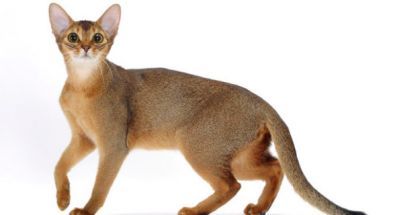 Despite its large ears, it is the most beautiful cat in the list. It has a medium body, thin and soft fur, her ears are large and wide and has a very long tail. It loves to play because it has a lot of energy and a long life, around 15 years. A curiosity is that in Ancient Egypt believed in the incredible power that cats had against the forces of evil, the Egyptians loved to Goddess Bastet, with a human body and a cat head. Can you guess what breed of cat was this incredible Goddess? Yes, an Abyssinian.

Which do you think more funny and cute?